A prototype for the second of three planned crossover SUVs at Genesis has been spotted for the first time.

The prototype is for a small SUV expected to be badged a GV70. Think a Korean rival to the Audi Q5 and BMW X3.

Genesis said at its 2015 launch that it will have six distinct models by the end of 2020, two of which will be SUVs. However, it added a third SUV to the plans in 2017 as growth in the segment boomed.

The first Genesis SUV has already arrived in the form of the 2021 GV80 mid-sizer. 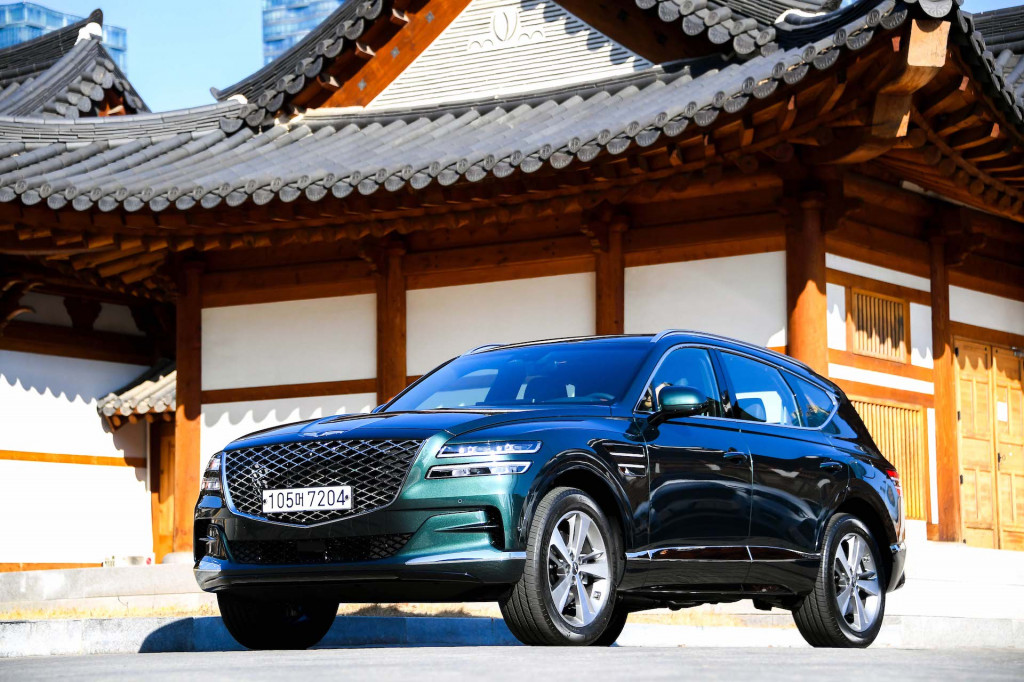 The small GV70 should bow in late 2020 or early next year, and rounding out the trio will be a compact SUV badged a GV60. This one will take on the Audi A3 and BMW X1, and its timing isn’t clear but a debut in 2021 is expected.

The GV70’s styling themes are similar to those of the GV80, although it features a more coupe-like profile that likely limits headroom at the back. The production taillights are missing, though we can see that they’ll feature a split design. The look was first previewed on 2018’s Essentia concept and has become a central design theme for the Genesis lineup.

It isn’t clear what platform is underpinning the GV70 but a good bet is a shared architecture borrowed from a redesigned Hyundai Tucson also in the works. Powertrains should include 4-cylinder options and possibly a plug-in hybrid.

Genesis has just launched an updated G90 and new G80 and GV80 models. There is more in the pipeline, though. Beyond this GV70 and smaller GV60, we’ll see an updated G70, and new coupe and compact hatch models, possibly both with battery-electric power.