McLaren on Monday confirmed the name of its next supercar as the Artura.

Previously thought to be the next instalment in McLaren’s entry-level Sports Series family, the automaker in October said the car, due on sale in the first half of 2021, will be a proper supercar to sit between the GT and 720S. The Sports Series has reached the end of the road with the limited-production 620R, McLaren has confirmed.

The Artura represents the first ground-up design for McLaren since the 12C a decade ago, with the car’s carbon-fiber tub, internal-combustion engine and electric gear all new. 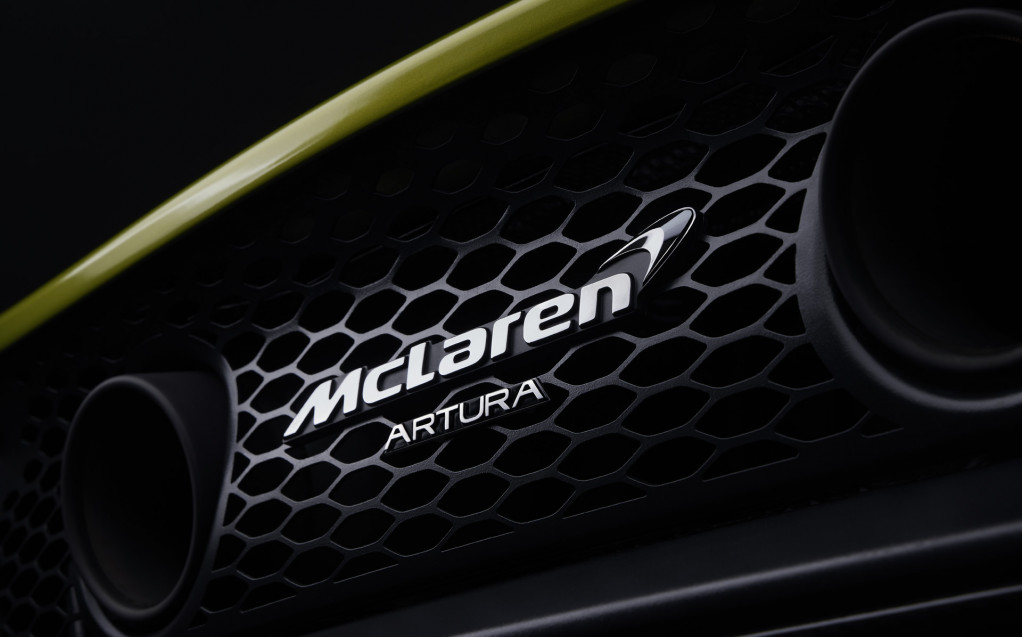 Teaser for McLaren Artura due in early 2021

The powertrain, referred to as the HPH (High-Performance Hybrid) by McLaren, consists of a newly developed twin-turbocharged V-6 paired with a single electric motor. The V-6 will deliver top-end power similar to McLaren’s V-8 while the electric motor will add low-end torque, McLaren said. There will also be enough battery capacity to provide what McLaren describes as a “medium” range of electric-only driving.

Prototypes for the Artura are already out testing. The design is new, though there are elements clearly cribbed from existing McLarens such as the GT and 720S.

Residing under the body is the new MCLA (McLaren Carbon Lightweight Architecture) monocoque structure. This carbon-fiber tub replaces the MonoCell which debuted in the 12C and has been revised to fit the rest of McLaren’s lineup. The carbon construction will set the Artura apart from rivals at Ferrari and Lamborghini which continue to rely on aluminum construction. 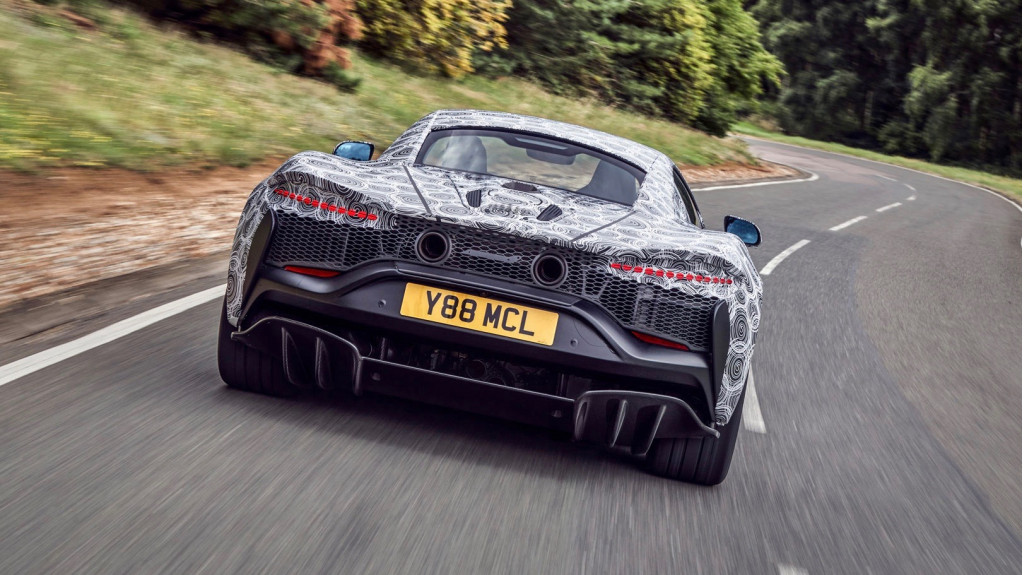 Teaser for McLaren Artura due in early 2021

Designed from the outset to support hybrid powertrains, the MCLA will be built at McLaren’s carbon-fiber hub in Sheffield, United Kingdom, and shipped to the automaker’s vehicle assembly plant in Woking, about 173 miles to the south.

McLaren has stated that every model in its lineup will be electrified by 2025. In addition to the Artura, McLaren is also testing a 720S-based hybrid development mule. That car likely uses a detuned version of the V-8 hybrid powertrain from the 1,035-horsepower McLaren Speedtail.

While the rollout of the Artura appears to be on schedule, McLaren is expected to slow the launch of other models due to the coronavirus pandemic and associated economic fallout.