Renault is in the midst of a major restructuring that will see close to 15,000 jobs cut worldwide.

Part of the restructuring includes a review of the small Dieppe plant in France responsible for the Alpine A110. The lightweight, mid-engine sports car is the sole offering in the Alpine lineup and has production numbering less than 5,000 units per year.

A final decision on the future of the Alpine will be made after current Volkswagen Group executive Luca de Meo takes over as CEO of Renault on July 1, Renault Chairman Jean-Dominique Senard told Autocar in an interview published last week. 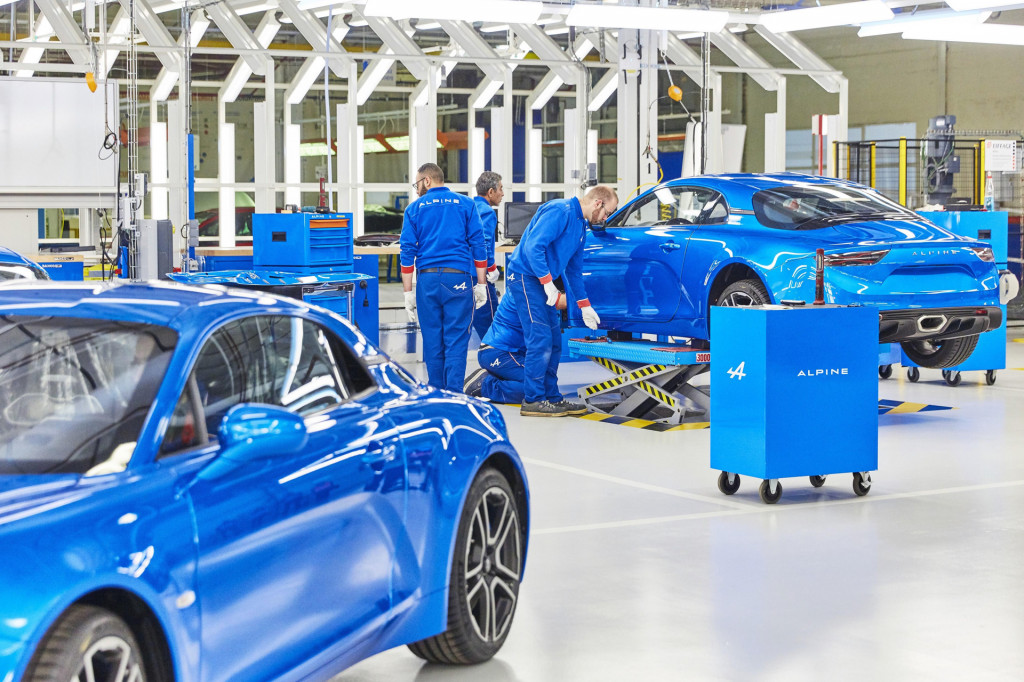 Alpine A110 production in Dieppe, France

“Clearly, Alpine is a beautiful brand and we do have to look very, very seriously at the future of this brand to see how it can bring added value to the group,” he said.

Sources have revealed to Autocar that turning Alpine into a performance EV brand is a possibility. It would enable future Alpine models to share technologies with EVs in the works at Renault, and potentially attract customers in China where Renault plans to stop selling vehicles equipped with internal-combustion engines.

Incoming CEO Luca de Meo could be just the right person for the job. He’s currently in charge of VW Group’s Spanish brand SEAT where he successfully turned the Cupra performance sub-brand into a standalone brand. Perhaps he’ll be able to repeat that success with Alpine. Stay tuned.