The Toyota Mirai fuel cell-electric sedan is about to be redesigned, and a prototype has been spotted.

The car is due for a reveal late this year as a 2021 model, and was previewed at the 2019 Los Angeles Auto Show. Toyota called its L.A. show car a concept, but it was really just a pre-production example. 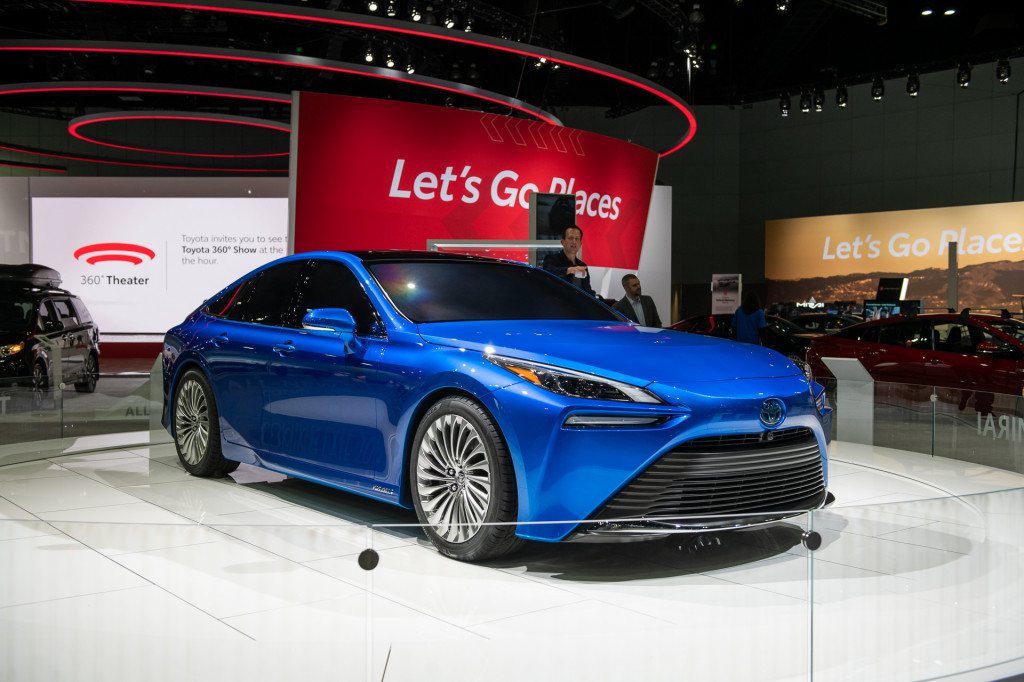 The original Mirai was launched for 2016 at a starting price of $57,500, or a monthly lease of $499. That’s steep for what’s essentially a non-premium compact sedan, so for the car’s redesign Toyota has taken a more upmarket path.

As a result, the new Mirai has grown in size and looks sleeker and sexier. The length has been increased to 195.8 inches, versus the current Mirai’s 192.5 inches, and the wheelbase has been increased by even more. The new Mirai’s platform, borrowed from Lexus, is also more rigid than the one it replaces, with drive also expected to switch from the front wheels to the rear, a change that should result in sportier handling. 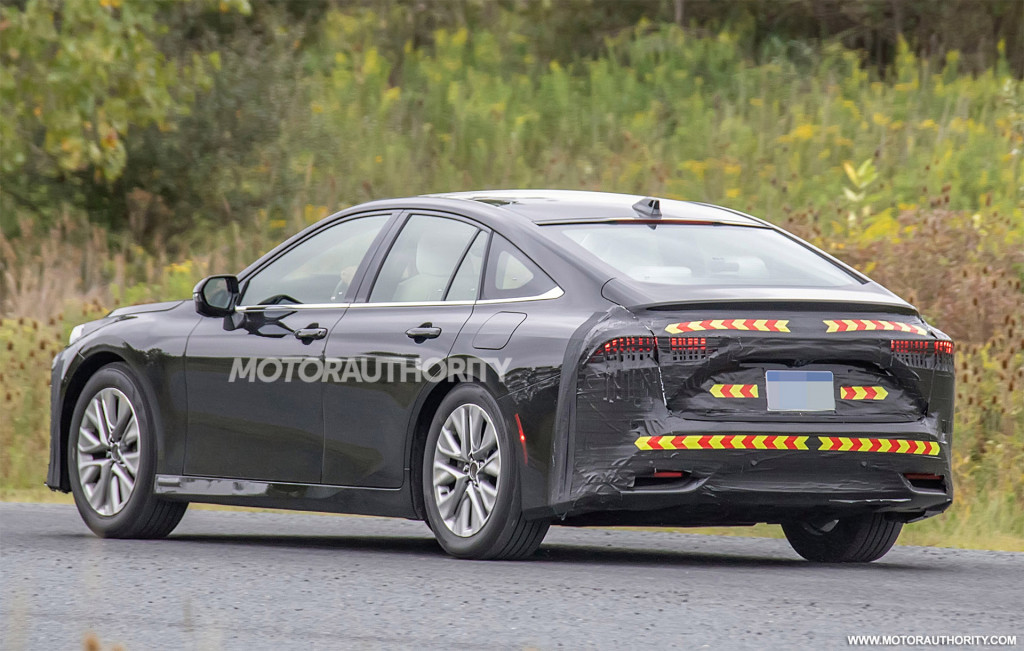 The bigger size means bigger hydrogen storage tanks. Toyota said it anticipates a 30% increase in range compared to the current Mirai which can return roughly 300 miles on a fill of hydrogen. The automaker also said to expect more power than the current Mirai’s measly 153 horsepower.

For the interior, the design will crib heavily from the Lexus playbook. The dash will be largely clear of buttons as many of the usual controls will be moved to a 12.3-inch touchscreen display. This will be joined by an 8.0-inch screen serving as the instrument cluster. A digital rearview mirror will also be offered on the redesigned Mirai, Toyota said. 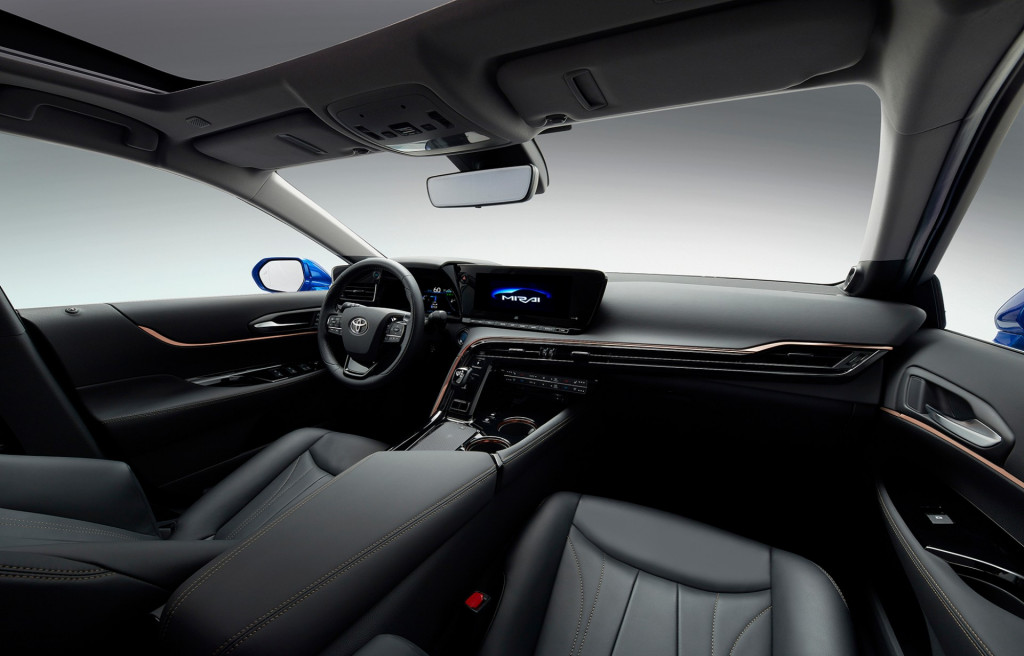 Toyota only sold about 1,500 Mirais in the United States last year, but part of the reason for the low sales is limited availability. Toyota can’t sell the Mirai in every state because there’s only a handful of places to buy hydrogen in the country, and these are limited to California and Hawaii. Toyota said it will install its own hydrogen fuel stations in the Northeast and other parts of the country to help expand markets for the Mirai.

While most automakers are focused exclusively on battery-electric cars for zero-emission driving, Toyota still sees a place for hydrogen in long-distance driving, particularly in the trucking segment. Toyota recently teamed up with truck manufacturer Kenworth to build a handful of fuel cell-electric semi-trailer trucks for use in a trial in the L.A. region.