The one that couldn’t get away

I grew up in a Pontiac household. For my father, if it wasn’t Pontiac, it was crap. Our family’s daily driver was a Matador Red (think blood red) 1969 GTO Ram Air IV with a white interior and Centerline wheels. My dad drag raced a gold 1963 Tempest LeMans followed by a 1981 Firebird that wore black, then red, then red and white paint schemes that got uglier each time. For his tow vehicle, he chose a 1957 GMC 2500 pickup. Why? Because it was powered by a 348-cubic-inch Pontiac V-8. That’s why. 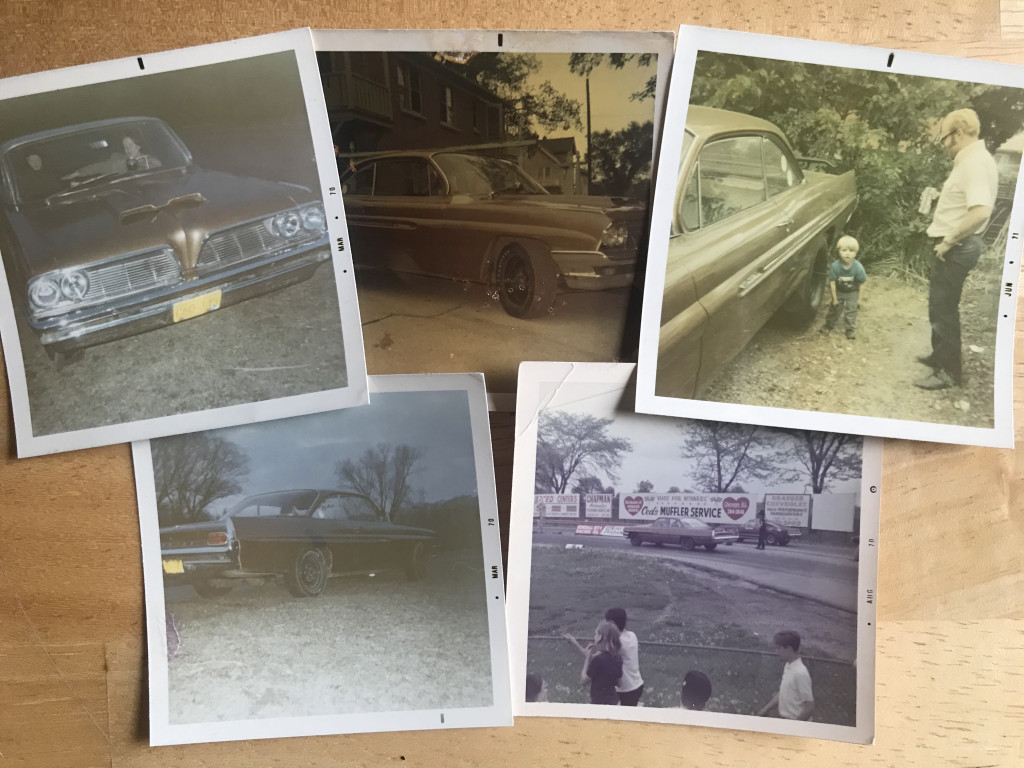 For as great as the GTO was, much of my youth revolved around the 1963 Tempest that he called “Wampum II” (the first Wampum was a 1961 Catalina that he sold when I was 3). He bought the plain white ’63 coupe from Jack White Ford in 1973 or ’74, when I was in kindergarten or first grade. When he first got it running as a drag car, he fired it up and drove it on the streets of our New Berlin, Wisconsin, subdivision, Linnie Lac. I could hear the rumble and cackle of the 434-cubic inch V-8 (a bored-out Pontiac 428) a half mile away as it echoed over swampy Linnie Lac Lake (yes, we had a swamp in our backyard). He horse traded with an old sign painter to apply the “Wampum II” name to the rear fenders in exchange for apples from our backyard. I don’t know if that same guy applied irreverent “…there is no gravity the earth sucks!” saying to the trunklid, but I sure thought that was clever. 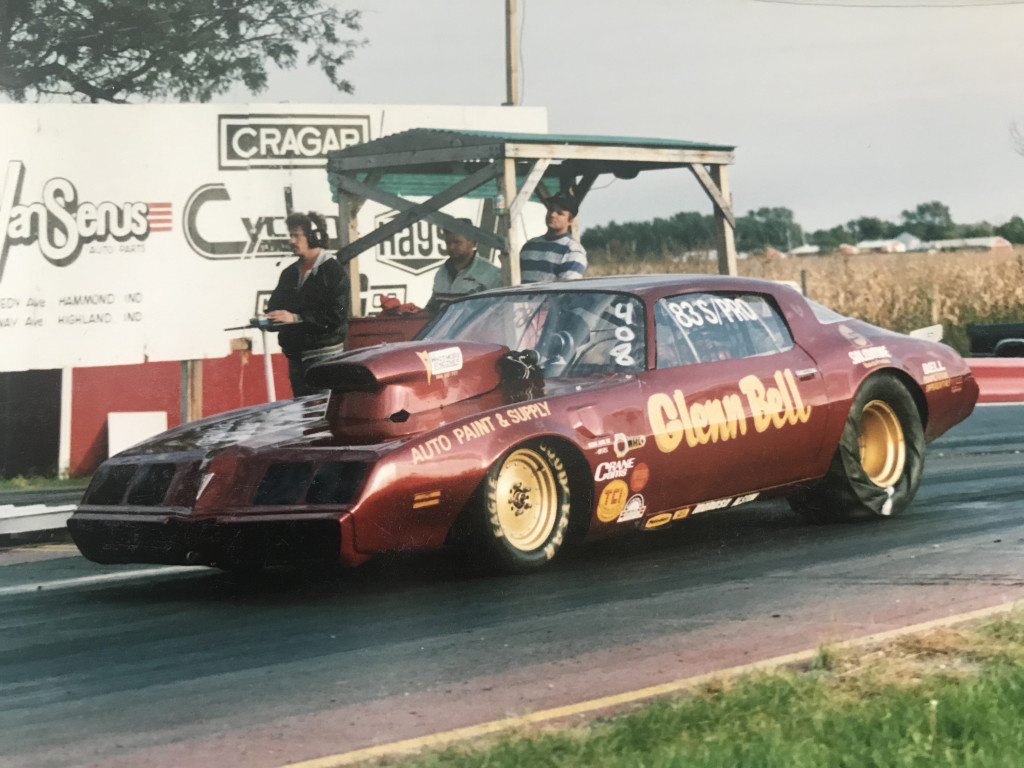 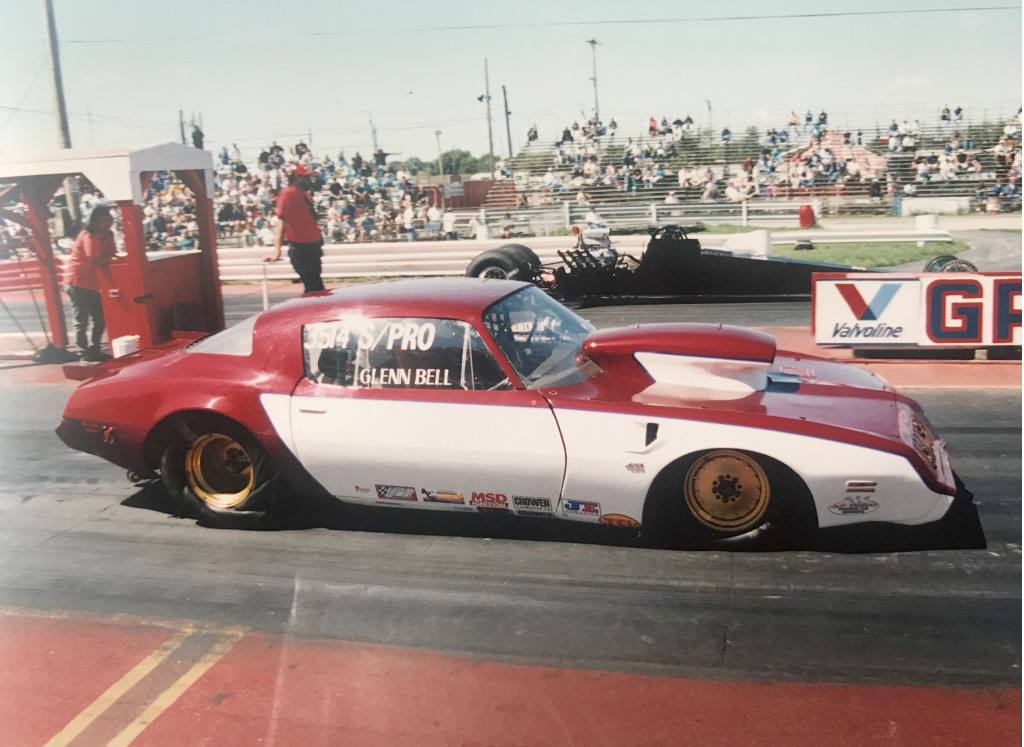 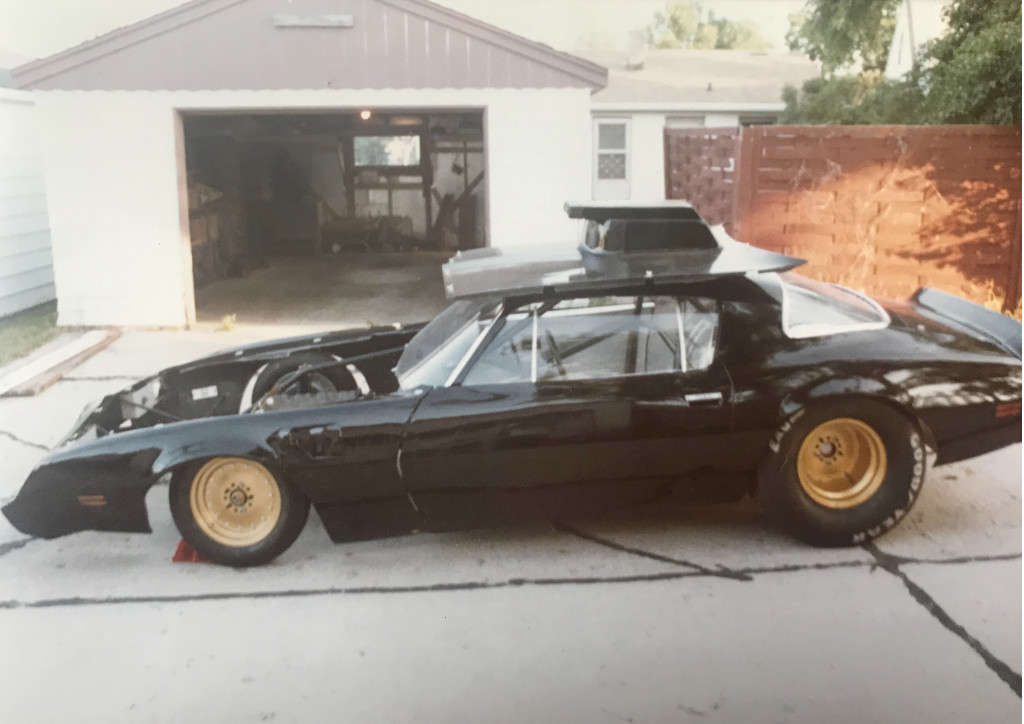 I remember when the car went 12.40s in the quarter-mile. That was early on, when my mom occasionally drove the car in the very woke Powder Puff class. She was a much better drag racer than he was, and she should have been his driver for the long haul. I remember when he ran an 11.63 at Byron Dragaway in Byron, Illinois, and I ran down the return lane to tell him. I remember how proud he was when he broke into the 10s, with a best time of 10.76 at 126 mph.

I also remember getting yelled at and the flurry of swears he’d unleash as he bled the brakes and I did my best to pump the pedal before I was 10 years old. I remember the fight that he almost got into when our neighbor Ernie tried to crowbar the trunk open to let out the voices during an epileptic attack. I remember the arguments over the money he’d dump into the car and that Christmas presents weren’t always as important as a rebuilt transmission. And I remember when he sold it in 1980 or ’81 to dump far more money into the Firebird. He sold the Tempest to a guy I knew as “Tank,” a big dude who helped pit crew for my dad. I didn’t see it again until 2009. 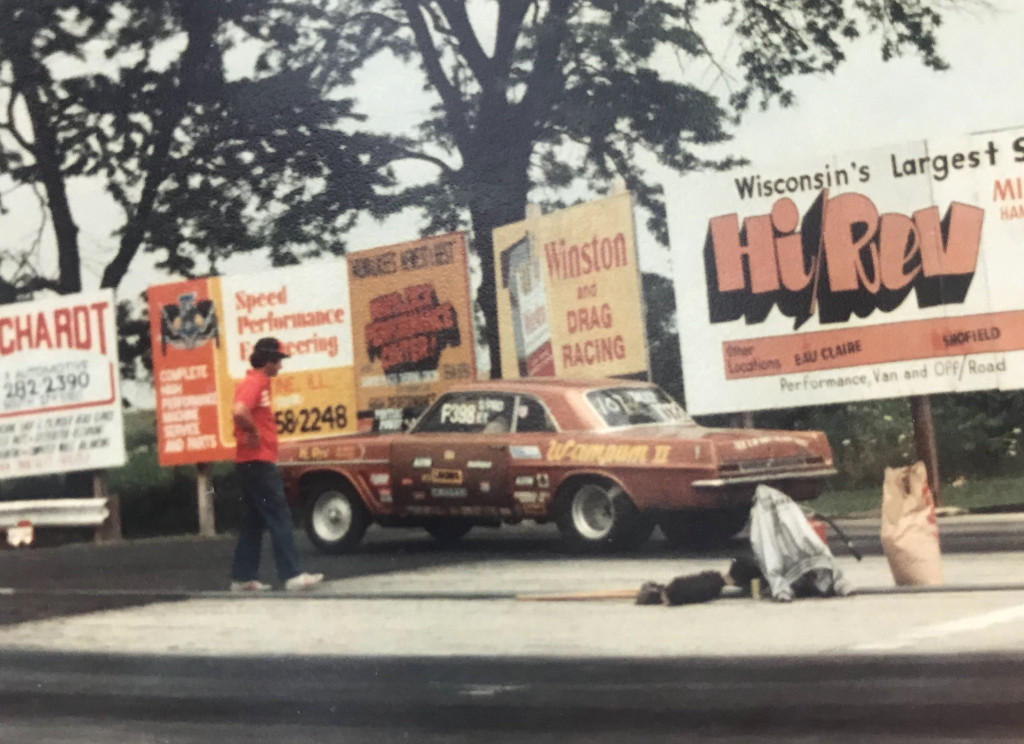 Single, established in my career and looking for a toy, I wanted to find that old Tempest. My dad enjoyed it as a drag car, clearly infected by the need for speed. I love driving fast too, but I like tracks with corners. What if I could rebuild it as a what-if Trans Am racer? It would look vintage on the outside, and I’d even leave the old drag body as is, but underneath I could install a Chevy small-block crate engine, a Tremec 6-speed manual transmission, a Detroit Speed front clip with all the fixins, and a modern independent rear suspension. That way, my dad and I could enjoy the same car decades apart in our own ways.

I thought I had a lead on the car. A close friend had gone to diesel mechanic school with Tank in the late 1980s, but he only knew him as Tank as well. No help.

Without a name to search for, I turned to the Little Indians chapter of the Pontiac-Oakland Club International, a club for fans of the 1961-’63 Tempest. The car was so strange because it had the so-called “rope drive,” which was a flexible piece of steel inside a torque tube that led to a rear transaxle (dad converted Wampum II to use a conventional transmission and driveshaft). It also offered a 4-cylinder engine, which was rare at the time, had a rear swing axle with an independent rear suspension, and was built on a unibody platform in a world of body-on-frame cars. The idea was improved weight balance, better handling, and a flat floor without the driveshaft hump. In 1963, Pontiac added the Tempest LeMans as a one-year wonder. Its styling was tweaked, it came only as a coupe or convertible, and it offered a 326-cubic-inch V-8 based on Pontiac’s 389 that made 260 or 280 horsepower. There’s a club for every kind of oddball car.

I emailed the Little Indians newsletter and told them I was looking for a gold 1963 Pontiac Tempest LeMans called Wampum II that raced in Wisconsin in the 1970s. Unbeknownst to me, the club published my correspondence in its next newsletter and I received three responses. The first guy said he remembered my dad crashing it. I would have remembered that.

The next guy sent a picture of a gold 1963 Tempest called Wampum in North Carolina. It was an incredible coincidence, but it was a Tempest, not a Tempest Le Mans, and it was called Wampum, not Wampum II. Wrong car.

The third gentleman said he worked at Shelby American in Las Vegas but he was from Wisconsin, and it was his buddy “Big Mike” who bought the car from my dad all those years ago. He gave me Big Mike’s real name and contact info and said he lived in Johnson Creek, a town about 20 miles from where I grew up in New Berlin. 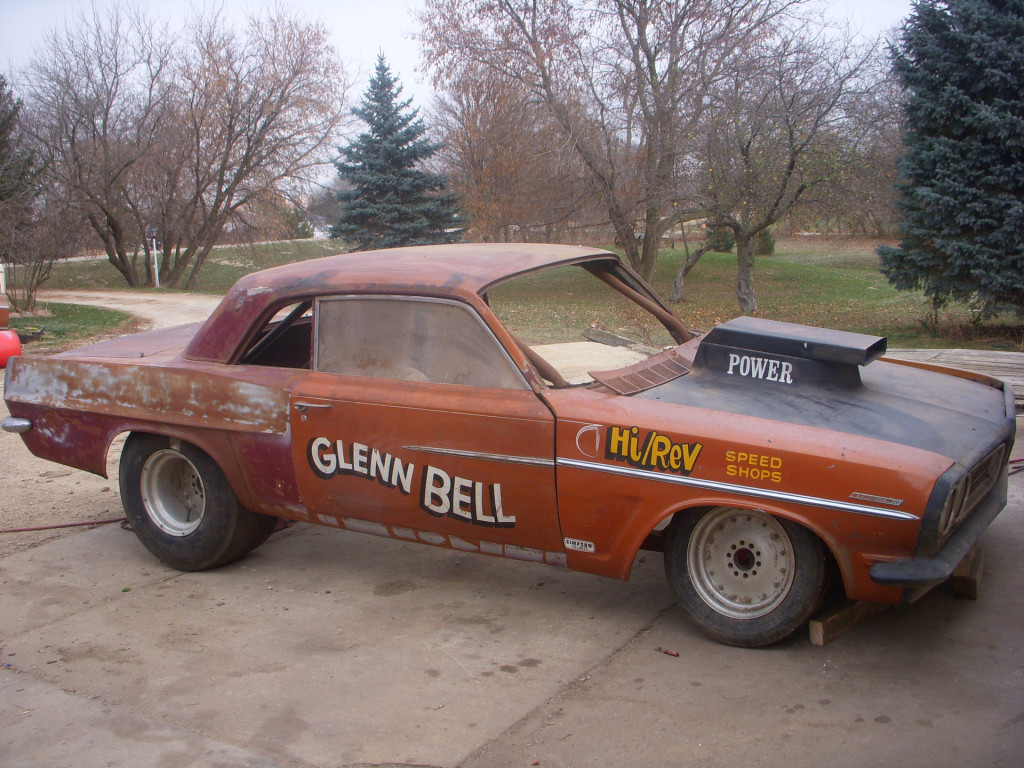 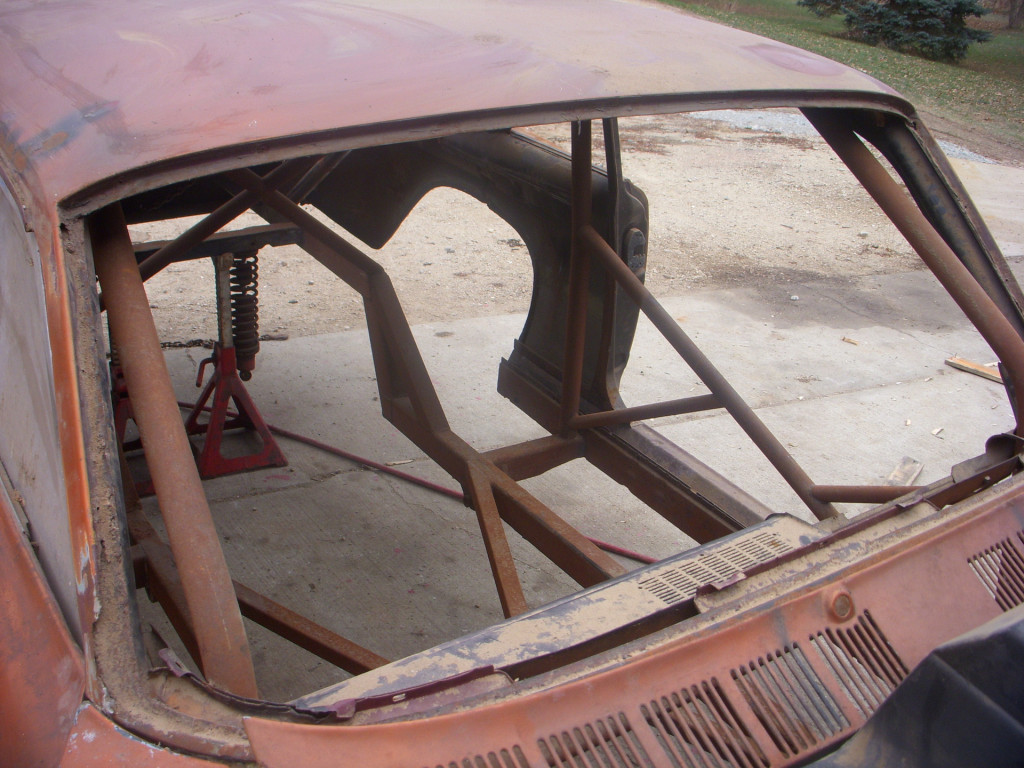 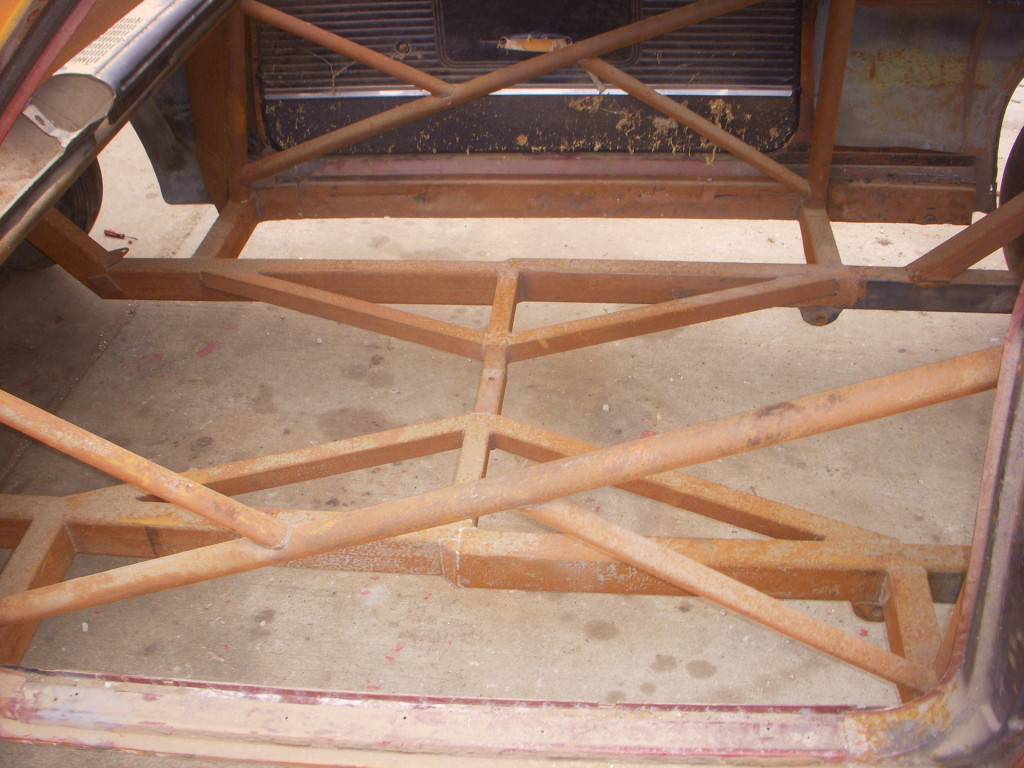 I figured a guy called Big Mike could also be Tank, so I contacted him and he indeed had the car. He’d sat on it for 30 years and was now looking to sell it for $3,000. I was excited, but my spirits fell when he sent me pictures of the car. It was just a shell: no engine, no drivetrain whatsoever, no suspension, no interior, no electrical system. No way this thing could be road ready without spending $20,000-$30,000 more.

Memories of parental arguments, thin Christmases, and divorce flooded my brain. I had nowhere to store the pieces of the car, and couldn’t bring myself to spend the money on what would clearly be an expensive project. I passed.

By the spring of 2015, I owned a 1968 Pontiac Firebird—a car I always thought was beautiful. However, automotive engineering has done wonders for modern cars since that car was new and my Firebird drove like an oxcart. So, I began looking for parts to upgrade its performance. One place to do that is the annual Spring Jefferson Swap Meet & Car Show in Jefferson, Wisconsin. Held in an open field in April, it’s often a cold and rainy affair that involves tromping through mud in the search for the car parts you didn’t know you needed. I made plans to go on Saturday with a friend who owns a pair of 1960s Pontiacs, but woke up to rain that morning and decided my time would be better spent dry in my condo playing video games and watching baseball.

Mid-morning Sunday I received a call from someone I didn’t know. Maybe he subscribed to the Little Indians newsletter? Wampum II was at the Jefferson swap meet and the owner wanted $2,500 for it. He was interested and circled back later to find that it had sold.

I knew where my dad’s car was for six years and didn’t do anything about it. Now it was lost. 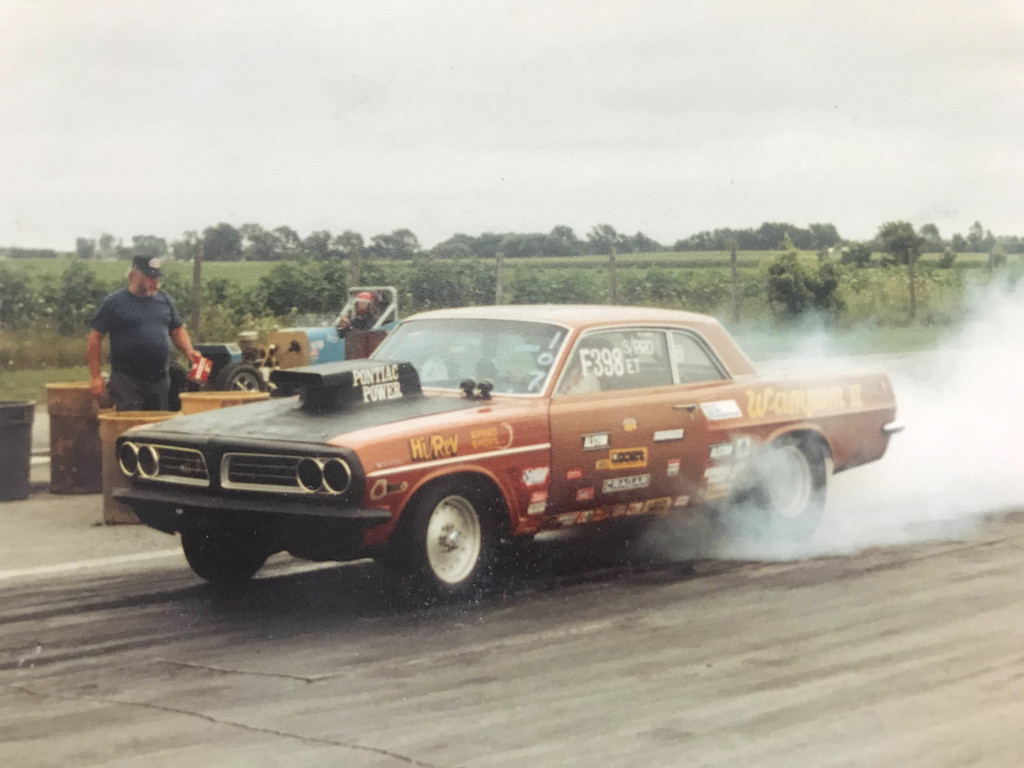 A month later, I drove up to Road America in Elkhart Lake, Wisconsin, for the Midwest Automotive Media Association’s annual Spring Rally. My route includes a quick jaunt on Highway J, which is less than a mile from the track. A house along the north side of the road always has about 20 cars in its yard, mostly old drag cars. There’s often a Pontiac or two in there, but as I drove by at about 60 mph I didn’t spot anything worth stopping for. However, a buddy did. He said he thought he saw my dad’s car, but he wasn’t sure.

Of all the cars and all the gin joints in the world, my dad’s car was sitting on this property on a trailer under a tarp. The car just couldn’t get away from me. It seemed like kismet. If the new owner had lived a block off that road, or just about anywhere else for that matter, I’d never see the car again. The car was begging for me to buy it.

The “Glenn Bell” lettering still adorned the rear quarter panels and “…there is no gravity the earth sucks!” still appeared on the trunk, but the Wampum II name was gone. While the car still needed tens of thousands of dollars worth of parts, I left a note on the owner’s front door telling him he had my dad’s car. I left a phone number, and when he called a few days later he said he was going to get it running again to compete in vintage drag races. I hadn’t changed my mind about buying it and thought it would be cool for the car to get back on the track. I kept his number, though. Just in case.

Almost five years after I left that note, I was woken from a Saturday night nap (yeah, I know how to live) by a call from the owner to inform me he no longer had plans to revive the car and he wanted to sell it. I had the right of first refusal and he wanted $5,000-$6,000. I knew he had likely spent $2,500 or less on it, but I didn’t let him know that. He said he was in no hurry, and I said I’d think about it. 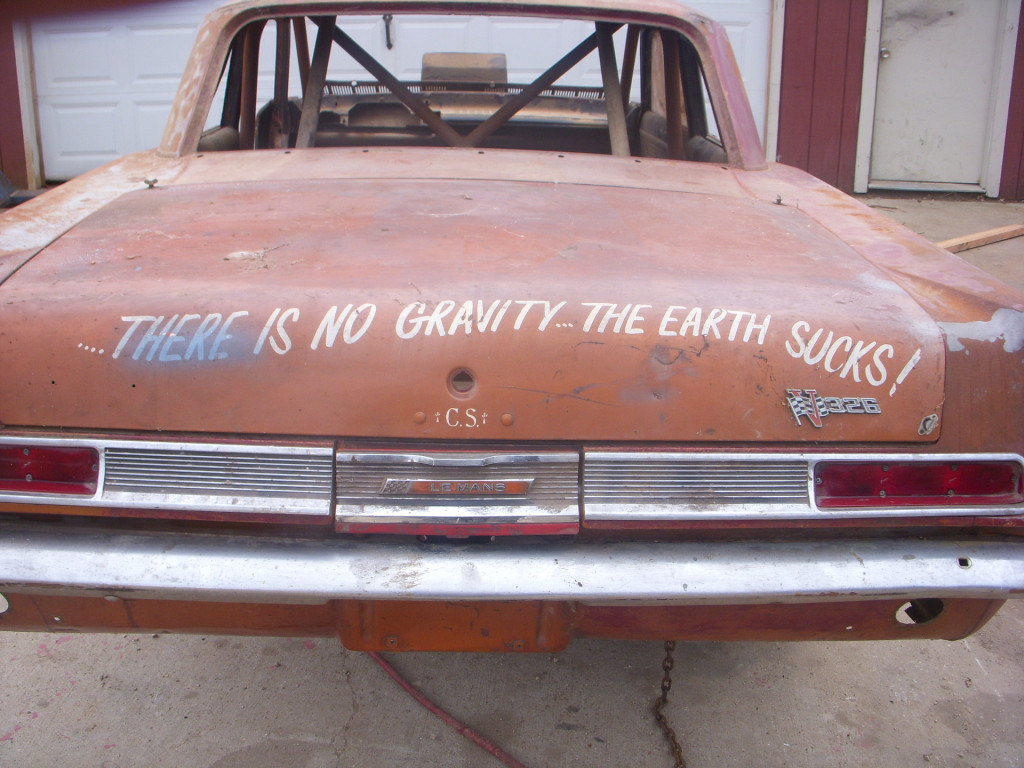 So, I’m back where I was when I first found the car 11 years ago. I’d love to have it, but I have nowhere to put it, and now I’d have to spend too much just to get it. I’d love to rebuild the Tempest as a what-if Trans Am racer, but experience tells me not to spend good money on bad. I’d love to make it a project car, but we don’t do stuff like that at Motor Authority.

Wampum II is the car that got me interested in cars (OK, maybe it and the GTO Ram Air IV). It was my dad’s pride and joy until the next, more-expensive race car. It also contributed to my parents’ divorce, and the lessons I learned from that tell me not to buy it. It can’t slip my radar, but I can’t overcome the mental hurdle to make it mine.