Lamborghini’s hybrid supercar has been replicated as a Lego kit. Originally called Sián, it later got an “FKP 37” suffix in recognition of the late Ferdinand Karl Piëch, who was born in 1937. The car has is now a Lego Technic kit with a staggering 3,696 pieces.

The Lego Sián FKP 37 is 1/8 scale, so it will take up a lot of space on your shelf. The completed model measures 23 inches long, 9 inches wide, and 5 inches tall. 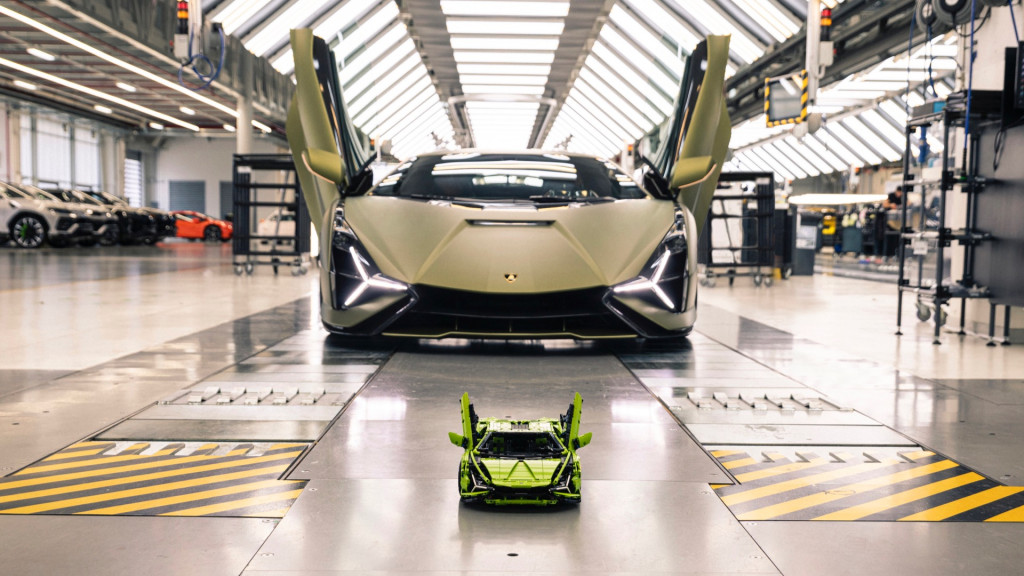 The full-size Sián FKP 37’s naturally aspirated V-12 produces 774 horsepower and an electric motor integrated with the car’s gearbox kicks in another 34 hp, bringing total system output to 807 hp. Lamborghini said the electric motor is capable of powering the car by itself at low speeds. The automaker quotes a 0-60 mph time of 2.8 seconds, with a top speed in excess of 217 mph.

Unlike traditional hybrids, the Sián FKP 37 does not use a battery pack. Instead, it stores electricity in a first-of-its-kind supercapacitor, which Lamborghini claims is three times more powerful and three times lighter than a battery pack of similar size.

The full-size Sián FKP 37 costs $2 million (with production limited to 63 examples), so the Lego version seems like a relative bargain at $379.99. Owners can scan a QR code to access behind-the-scenes video from those involved in creating the model. The kit will be available in the United States beginning June 1.