What’s going on inside your car’s differential?

A key part of getting a car’s power to the ground effectively is the differential, which uses gearing to regulate the split of power between wheels on an axle. This video shows exactly how it works.

The video is from aftermarket company Banks Power and serves as an advertisement for the company’s differential covers, but it provides a rare view of what’s actually going on inside a differential. Banks installed a clear plastic cover on the rear differential of a 2003 Ford F-150 Harley Davidson and drove the wheels at the equivalent of 15 mph and 30 mph to show the diff in action.

The first thing you might notice is that, when stationary, the oil level looks fairly low. That’s normal, as the rotation of the ring gear moves oil where it needs to go.

Differentials can work in a few different ways. In normal driving on pavement, the differential allows the inside wheel to turn faster when cornering, which helps the car get around the corner more easily. 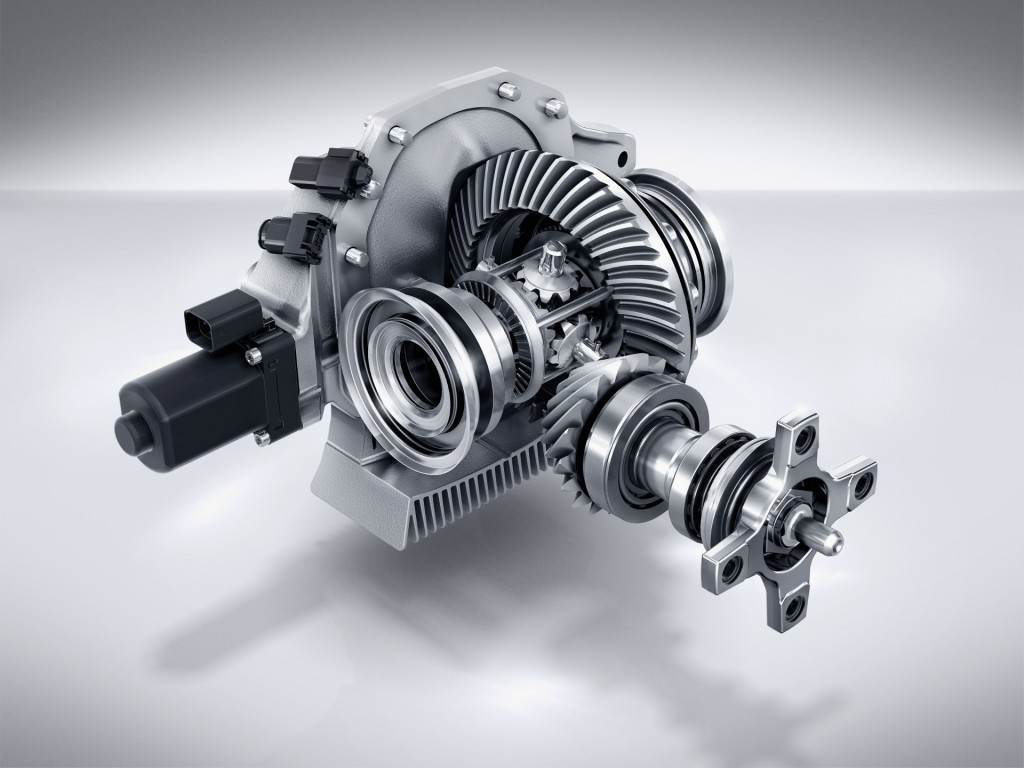 Most cars have open differentials, meaning the power will always take the path of least resistance. That lets the inside wheel spin faster in corners, but if that wheel loses traction, the differential will allow it to continue spinning—without sending power to the opposite wheel.

The next step from an open differential is a limited-slip differential. These are popular in performance road cars, as they still allow one wheel to spin faster for cornering, but can partially lock to redirect power if that wheel loses traction.

Modern electronic aids, such as traction control or torque-vectoring systems, can also affect how power is sent to individual wheels. Future electric cars may even use individual motors to power each wheel—doing away with differentials entirely. For now, though, there is no replacement for the familiar mechanical differential.